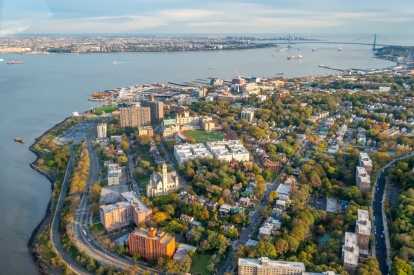 Though you tend to hear about it less often than the other boroughs, Staten Island has a colorful history all its own—including the fact that it once overwhelmingly voted to secede from the city, among other momentous occasions. (That vote proved unsuccessful, of course.)

To get a better understanding of where things are at on the island now, it helps to know its past—thus, this brief history of Staten Island, from the first Dutch settlers (who arrived in the 17th century) to a new breed of 21st-century residents, drawn to recent developments like Urby. While it’s impossible to include every big moment, these are some of the ones that have shaped the borough as it is today.