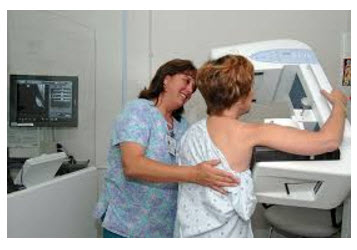 via Staten Island Living NYC – Borough President James Oddo is pleased to announce the four dates that he will host free mammography screenings next year on Staten Island. The screenings will take place on January 17th, April 25th, July 26th and October 3rd. The mobile mammography van will be at the Forest Avenue Shopping Plaza in Port Richmond (in front of LA Fitness) from 9:30am to 4:30pm. On the January and July dates, there will also be a van at Bricktown Commons (Michael’s Parking Lot) in Charleston from 9am to 12pm and at Hylan Plaza Parking Lot in New Dorp (near CVS) from 1:30pm to 4:30pm. On the April and October dates, the van will be in New Dorp from 9am to 12pm and in Charleston from 1:30pm to 4:30pm.

The screenings will be available to eligible women ages 40 and older who have not had a mammogram in the past year. All insurance plans will be accepted, and co-pays and deductibles will be waived. The mammograms will be free to uninsured women. An appointment must be made to get screened. To make an appointment at the Forest Avenue location, call (718) 816-2133 or (877) 628-9090. To make an appointment at the Bricktown Commons or Hylan Plaza locations, call (800) 564-6868. The screenings will be funded by Project Renewal and the American-Italian Cancer Foundation.