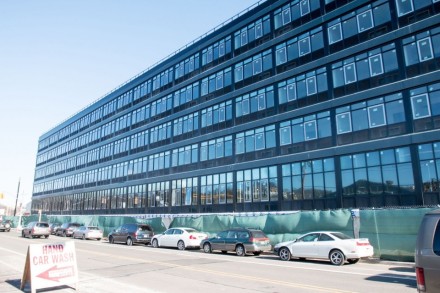 via Tracey Porpora/SILive.com – The developers of the 900-unit housing complex being built at the former Stapleton homeport — recently renamed URBY Staten Island — have launched a teaser website advertising the new community.

The development, which will offer a mix of well-designed studios, one- and two-bedroom units, is expected to begin during the first quarter of 2016, said a public relations representative for the project.

“Initial pricing will be announced shortly,” he said.

Once signed up, the website sends the prospective tenant this message:

“We’re pleased to know you’re interested in Urby! You’ll be happy to know that you’re now on our priority waiting list. Stay tuned, we’ll be sending you an invite to a special preview in January to come visit us on the Staten Island waterfront, where we’ll give you a sneak peek at our design savvy apartments and innovative building culture.”

“The name was changed as Ironstate plans to launch the URBY brand. Staten Island will be the first of a planned series of other URBY developments set to open in other cities. The next URBY is expected to open later this year in Jersey City,” said the spokesman.

Specially curated social spaces for URBY Staten Island will include a spacious fitness center, outdoor pool, onsite farm with farmer in residence and a communal kitchen with a chef to help residents prepare gourmet meals. The site will also offer 300 parking spaces, he said.