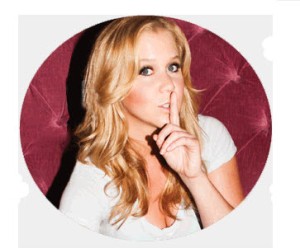 As the funniest, freshest face on television, Amy Schumer is on the rise in the world of comedy with her blend of honesty, and unapologetic sense of humor.

Schumer is the creator, star, writer and executive producer of Inside Amy Schumer, the popular Comedy Central television series which premiered in April 2013 to the network’s highest season premiere ratings of the year. Schumer’s provocative and hilariously wicked mind is on full display as she explores topics revolving around sex, relationships, and life through a series of scripted vignettes, stand-up comedy, and man-on-the-street interviews. The show will return for a 3rd season next year.