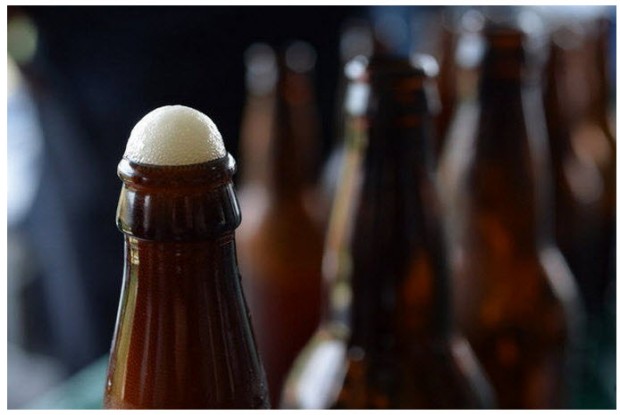 Hankering for an afternoon of homemade beers with the brewers on hand to chat about them? Then Saturday, Sept. 6, can’t come soon enough for craft beer lovers as Staten Island’s Pour Standards club will hold a sampling event at 120 Bay Café, St. George.

The afternoon, which doubles as a fundraiser for Louie’s Legacy Animal Rescue, runs from 1 to 5 p.m. and costs $25 per ticket. Tastes from about 20 kegs are unlimited or until supplies last. Space is limited to 100 attendees. Tickets are available at the door or online at Pourmania/Brownpapertickets.com.

Some of the selections include “Dry Hopped Pale Ale” made by Pour Standard members with master brewer John Palmer back in May at the S.I. Makerspace. Also on the roster: “Peanut Butter and Jelly Beer” produced by Eric Blaine, a category winner in the nationally sanctioned 2013 National Homebrew Competition.

“We’re looking forward to tasting that one,” said Sean Torres, Pour Standards president who is also a certified beer judge.

“It imparts a nice briny taste,” explains Torres, about the flavor in the resulting brew. Plus, the shells lend calcium which lends a pleasant mouth-feel.

“These guys, they brew phenomenal beer,” said Torres. He hopes the non-profit Pour Standards will be able to host more of such events over the fall. At this point there will be no homebrewer presence at the S.I. Brewfest held at Richmond County Bank Ballpark this year on Saturday, Sept. 27, in two sessions.